Home / Allyship and Solidarity Work in the Not-for-Profit Sector

Allyship and Solidarity Work in the Not-for-Profit Sector 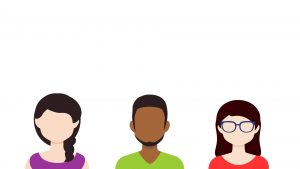 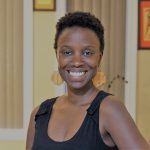 View all posts by Jonea Agwa >

Acts of charity can be degrading, racist and harmful, but they don’t have to be. Using my own experience as a point of reference, in this piece, I discuss allyship, solidarity work, and the importance of listening (really listening) to those who we seek to help and to serve in the not-for-profit sector.
—
I first learned about the concepts of allyship and solidarity work as a graduate student at the University of Ottawa. This was back in 2013, a year after the murder of Trayvon Martin and a year before images of a smiling, confident Michael Brown, clad in a green graduation gown and cap, filled our screens and shook our conscience. Black men’s lives were being stolen as a result of on-going systemic anti-black racism. Cities were ablaze. Movements were being born. And Professor Shoshana spoke about white allyship in anti-racist struggle.

It was an evening class, 6:30 pm to 9:30 pm, as most of my gender studies classes at the University of Ottawa tended to be. The topic of discussion was allyship and feminist work in the wake of the Black Lives Matter movement. During the lesson, Professor Shoshana spoke about what it meant to be an ally and how to be an ally. She explained that allyship is a key part of solidarity work, and as with most things in life, there is a right way, and a wrong way to be an ally. This is what I learned.

What it Means to be an Ally

To be an ally means to step back, and to stand back and to listen. It means understanding that marginalized groups are in the best place to determine their own needs. It means creating space for groups who have traditionally been silenced and left out of the conversation. It means standing besides, or better yet, standing behind those who are marginalized. It means knowing the difference between speaking up against oppression and injustice and speaking for those who face oppression and injustice. The former is encouraged; the latter is not.

Allyship means learning, unlearning, and re-learning. Learning about the struggle, pain and oppression of others. Unlearning oppressive beliefs, practices and behavior. Re-learning history, politics, and culture from the point of view of the oppressed. I once read a British history book about Kenya. In the book, they referred to the Mau Mau as terrorists, and because they were terrorists, the violence exerted on their black bodies was justified. The Mau Mau were not terrorists. They weren’t saints (there are no saints in war). But they weren’t terrorists. They were freedom fighters. If you only read one history book in school, and it happened to be the one written by the colonialists, the victors of war or the power-wielders, your learning would have been incomplete – if not flawed.

At the heart of solidarity work, is allyship. That’s what Shoshana was getting at. And true allyship requires one to listen.

Charity and well- meaning acts can be degrading and harmful

There was a time during the Black Lives Matter marches in the US when white allies wanted to lead the peaceful protests as an act of solidarity. They asked if they could lead and they were told by the black BLM leaders not to lead because their place was not at the front. It was not their voice that needed to be heard the most. It was not their faces that needed to be seen. What did the white allies do? they listened.

I have worked in the charity sector for several years, and I have been a recipient of charity at least once.

Charity as an act (the act of voluntarily helping those in need) in and of itself is wholesome. Divorced from solidarity work, however, acts of charity can be insulting and even harmful.

When we first moved to Canada, my family joined a local club as a way to meet new people and connect with the community. One lazy Sunday afternoon as we sat at home doing nothing in particular, the doorbell rung and I answered it. Standing on the other end was a woman we had come to know at the club. She spoke fast and looked embarrassed as she stretched her arms out to hand me a bag. “Please don’t be ashamed” she said. “We know you could use these winter coats, the people from the club put them together for you”. As though they were fire and we were fuel, she quickly placed the bag in my hands, dashed back to her car and drove away. We didn’t need winter jackets. We hadn’t asked for them. We didn’t mind them but we didn’t need them. We were grateful. We were confused. I was ashamed. What made them think we needed their winter coats? Why couldn’t she look me in the eyes as she dropped them off? We stayed with the club for five more years and then moved towns and moved on. We still visit with the group when we are in town. They are good people, and they mean well.

There are a lot of good people in the not-for-profit charity sector who mean well. I’ve heard oppressive narratives delivered with sincerity. I’ve heard money making narratives that rob the dignity of others but that get people crying and people giving. I’ve also seen shame on both sides. And guilt. And this is the antithesis of solidarity work. But charity doesn’t have to be.

At least that’s what I got out of Shoshana’s class.

Jonea Agwa is a Fundraising and Communications Coordinator by profession and a proud African woman by heart.