Home / Big Gifts for Social Justice Causes: Where are the Major Donors?

Big Gifts for Social Justice Causes: Where are the Major Donors? 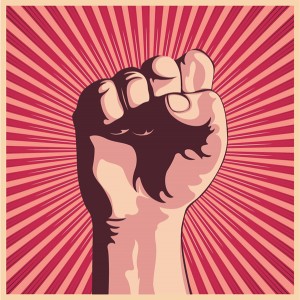 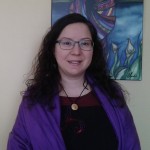 Jessica is a Mexican/Canadian resident of Scarborough. Jessica has worked in Latin America and in Canada’s nonprofit sector for the past 15 years. She is passionate about social justice and migration issues.

View all posts by Jessica Farias >

I once attended a professional workshop that dealt with understanding the lives of wealthy Canadians for the purpose of fundraising and major donor engagement. As someone who first made a career working in small community agencies and supporting social justice movements like the rights of migrant workers, my initial thought attending this session was that I had crossed some invisible border of privilege, and was now getting insights into the world of Major Gift fundraising.

We know major donors are important stakeholders in the lives of many nonprofit organizations. A small percentage of donors will often contribute more than half of the entire annual income of one organization.1 Yet individual major donors are not prominently engaged as supporters of social justice organizations, groups and movements. According to research in the U.S., 90% of philanthropic gifts go to what is considered ‘traditional philanthropy’ basically responding to symptoms of social problems but failing to address the root causes2. I feel this merits attention among those interested in raising money, awareness and action for critical community issues. If we want major donors to be allies of social justice causes and movements, then I would argue the importance of rethinking and enhancing fundraising strategies, while we also push for a radical reconception of the philanthropic sector in Canada.

A first assumption to consider is our feelings toward money, and more specifically our feelings toward the people WITH the money3. Major donor engagement is probably not going to be a priority for social justice advocates, if they believe that those with wealth are leading the way in maintaining an oppressive status quo and/or actively supporting the injustices advocates are seeking to address. Can’t argue too much with this logic. Social justice tackles the root causes of economic and political issues; it questions power and privilege, and at its core aspires for much needed profound world transformation. Now, if you happen to benefit directly from a system that enforces things like precarious immigration status, racial divide, low wages, gender inequality or environmental disruption, then your appetite to financially support a change to the system may be limited or nonexistent.

Meanwhile, if relationships fuel fundraising, then our ability as equity-seeking groups to engage with affluent Canadians may have limited reach. In many cases, we don’t live in the same neighborhoods, we didn’t go to the same schools, we speak with different accents and we hardly ever look the same. But is that it? Are social justice organizations and causes to then give up on the idea of major donors? Are we to miss on the incredible opportunity of having major donor(s) or establishing a major gifts program when others have done it successfully? And Is it all about the money? or the chance to bring new allies to our causes in order to work together collectively for change?

This past summer, the artist The Weeknd donated $250,000 to Black Lives Matters4. As a native of Scarborough and a son to Ethiopian Immigrants to Canada, I expect Abél Makkonen Tesfaye (The Weeknd’s real name) understands the importance of supporting and resourcing one of the most vibrant and relevant social movements to come along in years. Yet, I also believe that empathy and critical thinking alone can begin to build the foundation of the case for support of social justice work among other people. If “fundraising for social justice advocates is part of the work of organizing, educating and advocating”5, then we have the opportunity to bring people of diverse backgrounds together, reject the status quo and align ourselves to a common vision. Despite challenges, there are prospective donors that understand that to create lasting impact we need to focus on ‘systems change’ or in what some call Social Change Philanthropy6.

Many private Foundations, community leaders and fundraising experts have recognized the need to move away from ‘band-aid’ approaches, and engage in meaningful actions to bring forward solutions which require complex and collective efforts. Did I say complex? Informed individual donors and funders know that social change takes place when root causes and conditions are analyzed and a pathway for change is envisioned. Theory of Change (ToC) is a commonly accepted methodology now required by many funders, it is not only a planning tool but a process that also takes into consideration power dynamics. And when working for social justice, the direct involvement of those impacted by the injustices as decision makers and leaders is essential7.

People are calling for a paradigm shift in our understanding of the philanthropic sector in Canada. The recent discussions to change Canadian Revenue Agency (CRA) regulations that unfairly limit the amount of advocacy and political activities by charitable organizations is a good sign8. There is increased public attention to having a charitable sector that plays an important role in policy development and in amplifying the voices of marginalized communities. I struggle to see organizations that while well-intended may at times be doing nothing to eradicate the issues it identifies. I believe that we can not become complicit by creating an industry of professionals that see little need to bring about radical systems change. As Martin Luther King Jr. said “Philanthropy is commendable, but it must not cause the philanthropist to overlook the circumstances of economic injustice which make philanthropy necessary.”9

Likewise, those passionately dedicating themselves (often as unpaid volunteers) to social justice causes, need to take a look at the incredible wealth of knowledge and expertise that resides among Fundraising professionals, including the process for engaging major donors. One lesson I learned this year in major giving, was that big gifts in nonprofit fundraising often come from people who are not necessarily wealthy, but who are generous10. A well thought out gifts plan or program needs to be developed in either case. Social justice groups cannot underestimate the importance of building a broader base of individual donors, this may include major donors and small contributions as well11. As stated by Cathy Mann in the role of Philanthropy in Collective Impact: “Fundraising is an established profession with a growing body of knowledge and research”12, those of us who working for social justice need to acknowledge this and find a way to invest in solid fundraising education. While the dinners, dances or concerts that I helped organized over the years, provided a supportive source of income and play a role in creating a sense of community, they are not sustainable in addressing ongoing underfunding of many incredible social justice groups and organizations.

Some in the U.S. are leading the way when it comes to combining fundraising education and grassroots organizing. The Grassroots Institute for Fundraising Training (GIFT) is a multiracial organization that promotes the connection between fundraising, social justice and movement-building13. They recently organized a national conference in Colorado entitled “Money for our Movements”, many of their resources are available online. The Association of Fundraising Professionals with chapters in the US, Canada and Mexico is another excellent first stop for those wishing to learn more about the Fundraising field.

I believe fundraising must be connected to everything we do in social justice organizing. I remain hopeful that major donor engagement can move to the forefront of fundraising strategies and resource development for those working for social change. I am not naïve to the challenges and hard work involved, as well as the ‘learn, try and fail’ that needs to occur. However, the more our vision of philanthropy is tied to a vision of significant systems change and social transformation, the easier it will be to find major donors to be part of our movements for justice.