Home / How Would You Go About Broadening Your Donor Base to Reflect the Diversity of Your City or Region?

How Would You Go About Broadening Your Donor Base to Reflect the Diversity of Your City or Region? 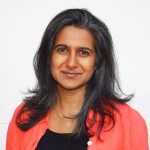 Shamina Senaratne is Manager of Development for the Surrey Food Bank which provides food to 14,000 individuals a month in Metro Vancouver, BC.

View all posts by Shamina Senaratne >

One of the gifts of the AFP Fellowship in Diversity and Inclusion was to attend the AFP Congress in Toronto – the largest AFP conference in the world. And what a delight to find myself talking about the Fellowship to an AFP Toronto fundraiser I had never met, who then introduced me to her friend and AFP member, Tricia Johnson, Major Gifts and Planned Giving Officer for the Ottawa Food Bank. Wonderful! Some kind of AFP magic at work?

Coming from the second largest food bank in BC myself, we immediately began a conversation about how we are engaging diverse donor populations and agreed to keep our conversation going post-conference, both of us inspired that somehow, among 1000 attendees, we found each other.

Now March, a few months later, we checked in with each other and I asked Tricia about the plans she has for diversifying her donor base.

I started just by asking, ‘Who are your average donors?’

“Observationally, our average donors are pretty much ‘text book’. Our average donors are 60+, generally local, from Ottawa, they are mostly Caucasian, but their ethnic background varies, so they may have roots that go back to Poland, Italy, England, Ireland, French-Canadian etc. I don’t really keep track so this is just my general observation. And it is not uncommon when I’m talking to people that they can make reference to their faith. Our donors are not as affluent as I found in the Arts but definitely well educated.”

“I would like to have our donors be reflective of the people of the city. Visible minority groups or Non-whites account for 24% of the population in Ottawa. So it would be good to see within our donor base 25% representation of people who are non-white.”

“At AFP Congress someone did make a case for tracking ethnicity and religion, but we don’t track it here right now. So I couldn’t say where we are at right now but its not yet reflective of the diversity of the city.”

Who would you like to have participate more fully as donors?

“One of the groups that I’m working on engaging, and you and I talked about it in Toronto, was that people of the Muslim faith which are actually pretty diverse ethnically, they have a really have a strong affinity with our cause, they have a common call to feed the poor, it is a tenant of their faith. My main consideration is to diversify our donors where I see there is a natural fit.”

Tricia is interested in Muslim communities not just because it is a larger identifiable group in Ottawa that is not yet involved much in the Ottawa Food Bank, but particularly because she sees that they and the food bank could share her organization’s vision of “providing food to people who need it.”

I ask her, What are some considerations as you seek to engage with the diverse Muslim community to build on what may be aligned values or intersecting interests?

“Well, I think its going to take time for us to get to know them and for them to get to know us, I’m still learning where the common grounds are and the places where we might do things differently.”

How do they get to know us and how do we get to know them? What are some approaches you are taking?

“There is a Muslim food bank in our community that doesn’t serve only Muslims but offers a wide variety of halal items and is run by Muslim elders in the community. I reached out to that food bank and let them know that we are looking for people we can work with in the community who can act as Philanthropic Advisors.

These are people who are onside with us, who want to see us increase our reach in the community and they can help us with introductions. And sometimes through observation, they will help me navigate things to be aware of when interacting with people with cultural norms different than I might have.

For example, I didn’t necessarily realize that it’s a bit taboo, for a man and a woman to shake hands, they prefer not to touch, but of course, I’m very North American, and I’m generally pretty outgoing and so when I meet people, I put out my hand to shake their hand and show that I’m open and I’m excited to meet them.”

I ask Tricia to tell me more about her Philanthropic Advisors Group and how she hopes to engage with this group.

“We created a group called Philanthropic Advisors Group because it sounds way better than ‘Major Gift Committee.’ No one wants to be part of a Major Gift Committee or, when I’ve had those before, they haven’t been that effective. So seeing them as ‘philanthropic advisors’ it kind of puts the onus on me to make sure that they are equipped with knowing what we do, why we do it, some of the projects we are fundraising for —focusing on that education as opposed to just the door opening aspect of what they can do. I really want them to think about who would be predisposed to supporting our cause, not just find who has deep pockets.

Tricia says this project is “in its nascence.” So far she’s got 5 people who have shown interest in being her philanthropic advisors group and 2 of these are Muslim – one from the Muslim food bank and one from a mosque working on a committee that brings together people from all the mosques in Ottawa-Gatineau and they are both very engaged. Others in the group who she hopes to engage around diversifying with other less seen donors include, “a person who is Caucasian married to a person of Indian descent, another is a woman who is in the tech sector and involved in another fundraising group which is young, diverse and dynamic.”

So, Tricia has her plan on how she’s aiming to further diversify her community of donors:

What are some of Tricia’s challenges and observations about making a conscious effort to broaden the diversity of her donors?

Her first thought is, “Not wanting to make any cultural faux pas that could cause deep offense.” She wants to create opportunities to engage people who are often overlooked but is “sensitive to tokenism and wary of making superficial assumptions.”

And of her process she says, “Generally my approach has been casual and somewhat inconsistent – but inconsistent meaning that it is naturally evolving, because I’m not trying to force it and I don’t want anyone to feel targeted because of their ethnicity.”

I’m just at the beginning of things now and I believe it is a bit of a slow process and although it may seem that that is a challenge, I believe it is better to take the time and kind of get to understand people and let them get to know you as well.“

Relationships do need to evolve and you can’t force or rush it. So sensitivity, openness, authenticity and a genuine interest in the people we wish to invite to join us in a common goal is surely the way.

My sincere thanks to Tricia Johnson for sharing her observations and experiences as she takes a thoughtful approach to broadening the diversity of the donors who support her cause.