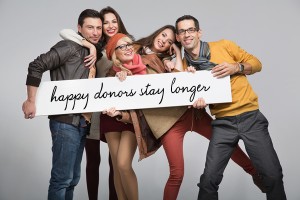 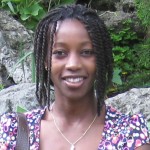 Wanjiro has a decade of experience in supporter retention and is passionate about improving donor love at Greenpeace Canada. She has developed very successful strategies to increase donor retention and improve supporter stewardship by regularly showing appreciation to donors and sharing with them the impact of their support to the organisation.

View all posts by Wanjiro Ndungu >

“Hello, I’d like to cancel my donation.” I sigh inside but greet the caller happily as I bring up their donor file on the database. It’s never a nice start to a day, to listen to a supporter call in to stop their monthly support. Despite the setback, we’ve found a way to turn this into a positive conversation.

Greenpeace is an independent campaigning organisation that uses non-violent, creative confrontation to expose global environmental problems and promote peace. The organisation does not take money from corporations or governments and relies on individuals to provide a consistent and much-needed source of funding for its work. A majority of donations are from monthly supporters and like many nonprofits, it’s a difficult job to fight the high rates of donor attrition.

Based on what most supporters say during the donation cancellation call, many stop giving because of financial difficulties like unemployment, retirement, illness or simply because they wish to support another organisation. Fortunately, it’s rarely because they disagree with the organisation’s environmental campaigns.

The term donor retention refers to the number of supporters that continue to donate to an organisation after their first gift. It’s very important for nonprofits to focus on retaining as many supporters as possible as the cost of acquiring new donors is far greater than that of retaining existing ones. Nonprofits lose 40% of their supporters within the 1st year of giving and thus need to engage in strong donor retention efforts in order to sustain long-term revenue. 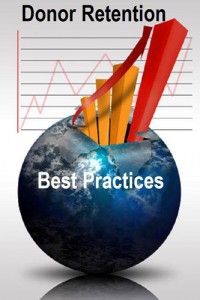 Greenpeace as a global organisation set up the Save a Supporter Program with the objective of improving donor stewardship and reducing donor attrition. This was crucial as our current donor base depends on a reliable base of monthly supporters and this pool of donors has been shrinking as donor acquisition costs continue to rise. In Greenpeace Canada, the Save Supporter Program launched in 2010 with help from an international expert who trained the Supporter Care team. The team needed to change their communication style with supporters – this was not an easy change to make. The staff who were previously responsible for answering phones and cancelling monthly donations on the database were now having to include an additional step – a positive conversation with the donor encouraging them to stay on and for some team members, this was a big change.

As the person responsible for ensuring that as many supporters as possible are retained with each donation cancellation call, I quickly realized that the biggest asset was my team. I needed to ensure they were not only engaged with Greenpeace’s core mission but understood the importance of aligning their own individual goals with those of the organisation. They had to be friendly and personable to supporters, listen more, pay close attention to the details and offer doable options.

We started off slowly that first year, retaining only 7-8% of donors who called to cancel. By 2012 we had our retention engine running: we finally hit our fundraising goals for that year and were actively saving supporters as well as providing excellent donor service and building a culture of donor love.

We adopted new techniques for answering phone calls – we’d smile when speaking on the phone and call donors by their first names. Our emails were more personal and friendly and so were the letters and postcards we were mailing out. We moved to crafting messages in more creative and inspirational ways and thanked supporters more often and communicated how valuable their donations were to our campaigns and told them why we needed them to stay on. Our aim is to make supporters feel irreplaceable.

Here’s the strategy we use:

We use the same technique for emails and always personalize the messages:

It may not seem as though one small monthly contribution makes a difference, but it truly does, and that’s why we’re so grateful for all your support. One more supporter means it’s that much harder for our critics to dismiss us as extremists, so we really do need you!

Would you consider dropping your donation to $xx or $xx, or even taking a 3-month break and re-starting in January 2017? We will even offer a reminder service!

The last thing we want to do is burden you; it takes a lot of resources to recruit new supporters. Imagine the impact if instead, we put those resources towards campaigns like our fight to Save the Arctic!

Time is running short. The Arctic ice is already two-thirds gone—and counting. If the Arctic’s climate-cooling effect is lost for good, I shudder to think of the consequences. 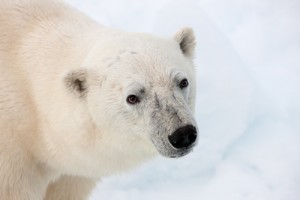 There is strength in numbers, and together we CAN build a movement towards our vision of a green and peaceful future.

Today, as a staff member, volunteer and monthly supporter who truly believes in Greenpeace’s mission, I am asking you to stand with us and loudly proclaim, “I share that vision.” We believe that we’re at a defining moment in history, and we are determined to be on the right side of that battle—and to win.

What do you say—will you stand with us?

At Greenpeace we believe that focusing on engagement helps to retain existing supporters, bring in new people and develop them to be agents of change for social and environmental justice. We also use a wide range of tactics to bring in a diverse group of supporters. For instance we engage supporters through social media and unless they opt-out, they receive our e-newsletters about campaigns and e-alerts to participate in peaceful protests or rallies. Even if supporters are unable to continue with financial contributions, we make sure they leave feeling pleased to have supported the organisation and offer them options to maintain their connection with us through the volunteer program or as activists.

One way to motivate the team handling donation cancellations throughout the day was to celebrate “saved” supporters who we’d managed to convince to stay on with us by banging a gong. This was heard throughout the office and let other staff know that we’ve saved Greenpeace money by retaining a donor, it’s a pretty fun and engaging activity too as other staff in the office would chime in with applause and it reminded them how important fundraising activities such as these are for the organisation.

As part of the team’s stewardship efforts, we also conduct Thank You calls to supporters who make single-gift donations and we also do ‘Welcome calls’ to new monthly supporters to welcome them to the organisation. This also gives us a chance to ask supporters how they’d like us to communicate with them and we update our database accordingly. Supporters don’t always answer the calls but we leave happy voicemails expressing our appreciation for the gift. When these supporters actually pick up the phone, many are pleasantly surprised that we called them for a simple thank you. The sole purpose of this call is stewardship.

Our current save rate is 30% and we aim to surpass this. All in all, our successful stewardship and “donor love” efforts have contributed to happier supporters who stay longer with Greenpeace, which in turn adds significant long term value of donor revenue. As a long term investment, we’ll continue to see the yields for many years to come.